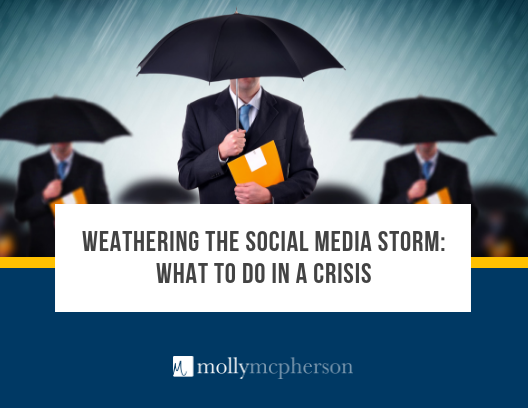 The last time a major hurricane battered the Houston area, I was reporting from the aftermath of Hurricane Ike for the Federal Emergency Managment Agency (FEMA) as a member of the headquarter’s public affairs team in 2008.

With Hurricane Harvey, I see the intersection of my new career as a communications consultant working with rural electric cooperatives with my former one as I watch Texas, once again, battle back from massive flooding and power outages. But this time, with social media as part of the communication strategy. Back in 2008, social media wasn’t in the media mix. Now with widespread use, it can be utilized as a real lifesaver, as well as a force of destruction if it’s dismissed as noise. (More on that later).

By their nature, people who work for utility co-ops are dedicated to serving their communities. They know how much their members depend on them in their everyday lives, and they don’t take that for granted.

In times of emergencies, this dedication comes to the forefront. Line crews put in extra hours in trying circumstances to restore power or make sure it doesn’t fail. The home office kicks into gear to coordinate efforts. Everyone steps up and does all that’s asked of them — and more.

A crisis also presents opportunities to not only serve the members but to show them that you’re determined to maintain or enhance the trust they’ve placed in you.

To help you do so, here is a list of actions to take in the face of a crisis such as a major storm or environmental catastrophe.

These are the bare minimums needed to create a professional presence online and stay relevant.

While not absolutely necessary, these activities are highly recommended.

Once you’ve checked off the items on the “Must Do” and “Should Do” lists, these are your next priorities.

Above all else, remember that people do look to social media as their primary source of information. Despite what Joel Osteen — the senior pastor of Lakewood Church in Houston — said in televised interviews to clean up his PR mess for not opening his church to evacuees, it’s not all gossip and chatter. Not paying attention to social media cost him a lot of credibility these past two days, and that’s for a good reason. What was a lifeline for many during the storm, brought significant damage to Osteen’s image.