The State Funeral of President George H.W. Bush: From the Frosty First Pew to the Eulogy: Ep. 6 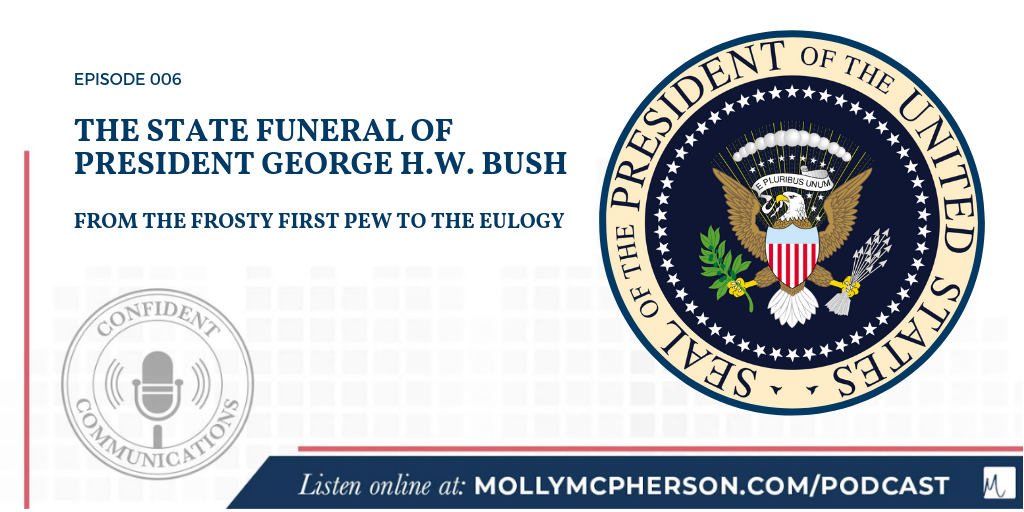 As the country mourned the passing of President George Herbert Walker Bush, former presidents, congressional leaders and figures from across the political spectrum gathered for his funeral at Washington National Cathedral.

While millions of people watched the service to honor Bush as a member of Congress, an ambassador to the United Nations, the director of the CIA and the vice president and president of the United States, they were also watching the dynamics of the current and former presidents and their wives situated in the front pew.

Did Hillary Clinton snub President Trump? Or was it the other way around? Did the Clintons ignore the former President Jimmy Carter and his wife Rosalynn? Or was that fake news?

In this episode, I respectfully analyze the body language and social cues happening in that front pew as they attended the state funeral. I also take a moment to appreciate the fitting tributes paid to our 41st president by his son and the agency that served him.

Mentioned in this Episode:

Molly McPherson, M.S., APR, combines her knowledge of current communication practices with years of news and PR experience to develop the right plans and messaging for clients to protect and build their reputations. Molly founded the Communicate with Confidence Leadership Training Program and frequently speaks on crisis communications, public relations and social media.