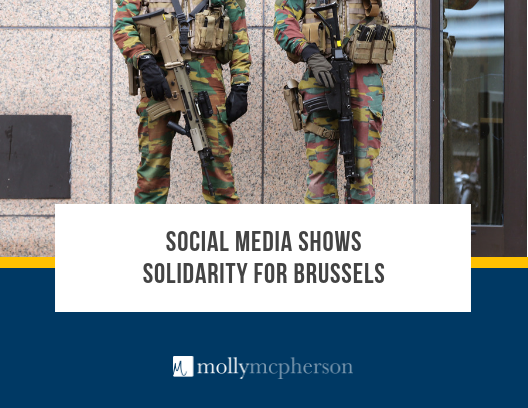 Once again, social media is bringing people together in a time of crisis. Memes, Facebook filters, and hashtags appeared on online profiles and social media accounts worldwide to show solidarity with Belgium in the wake of Tuesday’s bombings that left dozens of people dead or injured.

Inspired by the #JeSuisCharlie hashtag campaign that went viral after the terrorist attacks in Paris last year, the attacks in Belgium inspired these notable dedicated hashtags:

The bilingual hashtags were typically used together in the same tweets or posts and were primarily found in official Twitter accounts of the media, government, and emergency management officials. Hashtags with the name of the city of town affected by a significant crisis or event (terrorism, mass shooting, hurricane, earthquake, etc.) are usually the first hashtags to appear online.

The #PorteOuverte hashtag – French for “open door” – reappeared online after its use by Paris residents after the deadly attacks last November. 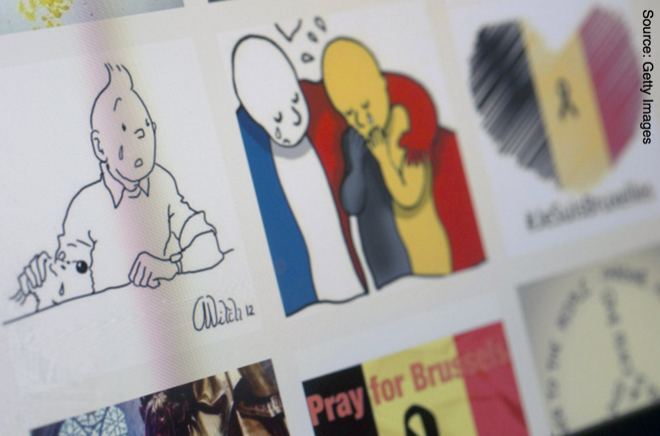 Translated from Dutch, the “I want to help” hashtag was trending online to offer transportation and shelter to those affected or left stranded by the attacks. 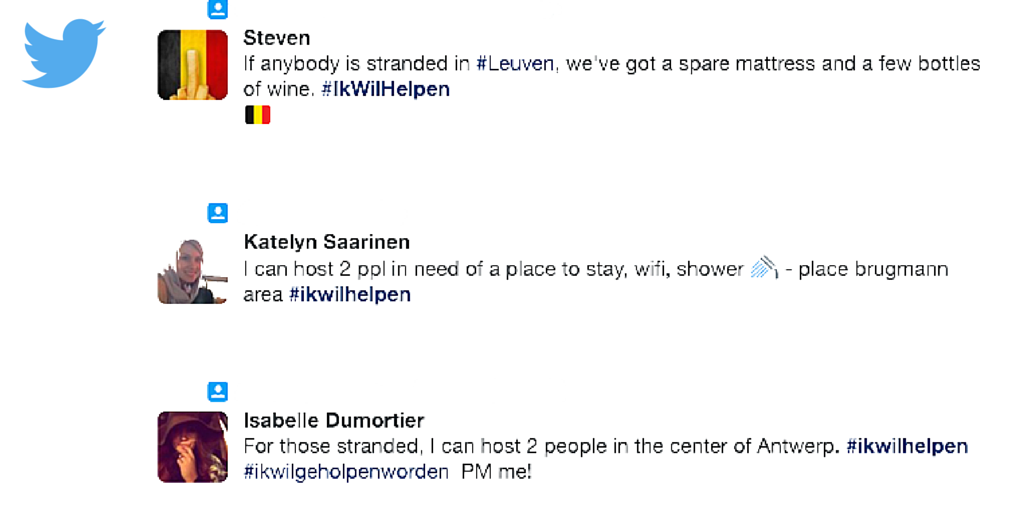 Both #JeSuisBruxelles and #JeSuisBrussels, which means “I am Brussels” were trending on social media Tuesday in a sign of unity and solidarity with victims of the bombings.

Once the hashtags are established in the hours after a crisis of significance or a terror attack, the next wave a social media solidarity is the meme, which now seem to go hand-in-hand with hashtags.

French newspaper called Le Monde shared an image of the French flag embracing the Belgian flag. Many of the memes appearing online included the Belgium colors or the images of the Belgium flag. 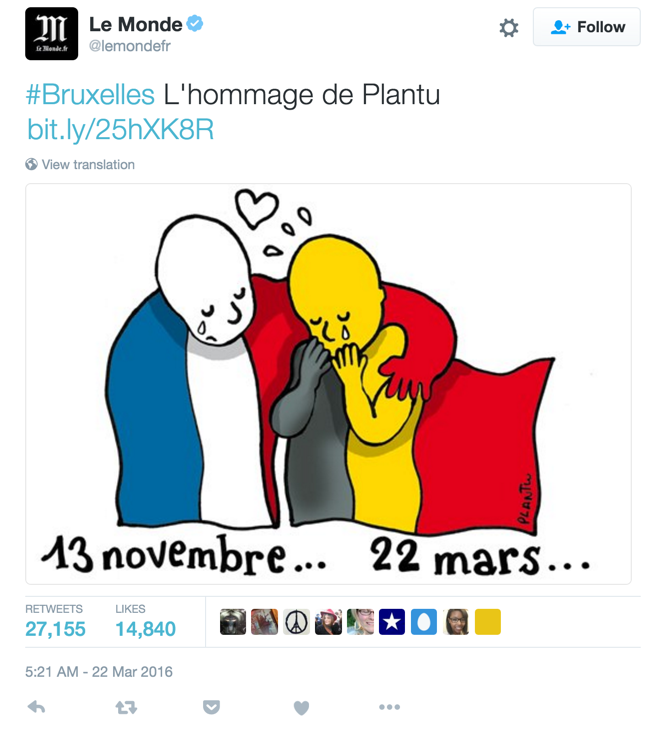 Many memes featured Tintin, the character created by Belgian cartoonist Georges Remi, as a way to pay tribute to the victims of the attacks. 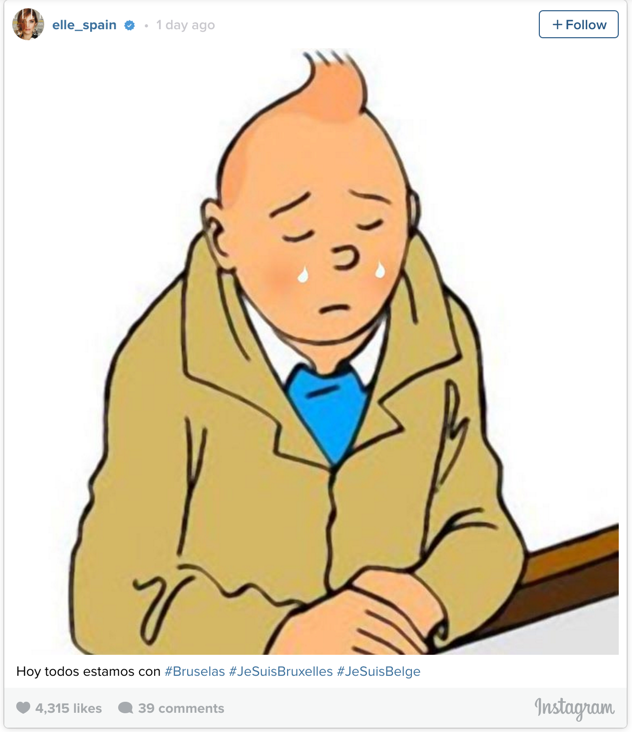 Facebook filters first became popular last summer as a somewhat passive way to show support for same-sex marriage by overlaying a profile photo with the colors of the rainbow flag, which is the worldwide symbol of the LGTB community.

A few months later, the top social network added a photo filter for the French flag after the terrorist attacks in Paris last fall. Now we have the Belgium flag filter, which became available the same day of the attacks. 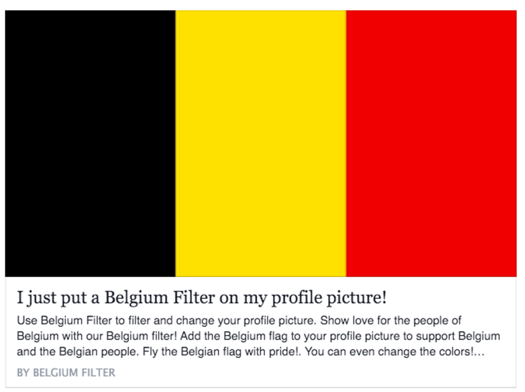 Some reports suggest using memes and filters during a crisis is simply another form of “slacktivism,” the online efforts that allow people to feel connected to causes but make them less inclined to contribute to them. Take a peek at all your  However, with

Take a peek at the Facebook profiles of your friends, however, and there is no denying its popularity.

Do you think the Facebook filter shows solidarity or slacktivism?