212: Why The Term Cancel Culture Is Dangerous And How It Can Hurt Your Brand: Kanye West Explains 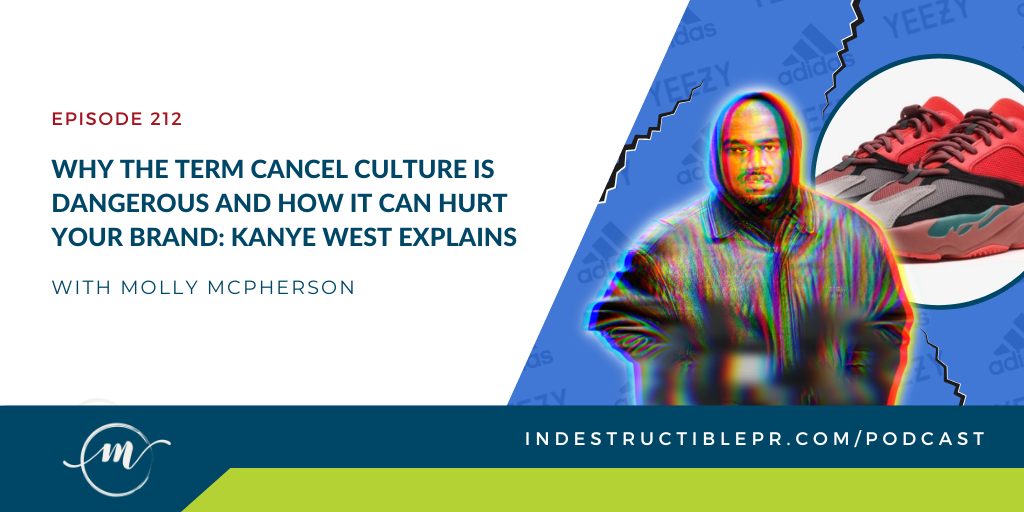 Kanye West (better known simply as Ye) has always been a contentious figure, but after his latest string of racist and anti-Semitic remarks, major brands like Adidas are dropping their endorsements with the rapper.

This episode delves into this controversy to explain what happened, how Ye redefined the term ‘cancel culture’ and how the use of it can actually damage your brand. You’ll hear about Adidas’ termination of their partnership of Ye, as well as what they did wrong and what they did right, plus you’ll discover a possible strategic motivation behind Ye’s recent actions. You’ll also learn more about the ‘alt-right playbook’ that Ye seems to be following, and the elements of it that can be seen in his behavior, before hearing how he and the alt-right have attempted to weaponize cancel culture, and why you may never want to use the term in a defensive response again.

Indestructible: Reclaim Control and Respond with Confidence in a Media Crisis (Audio Book)