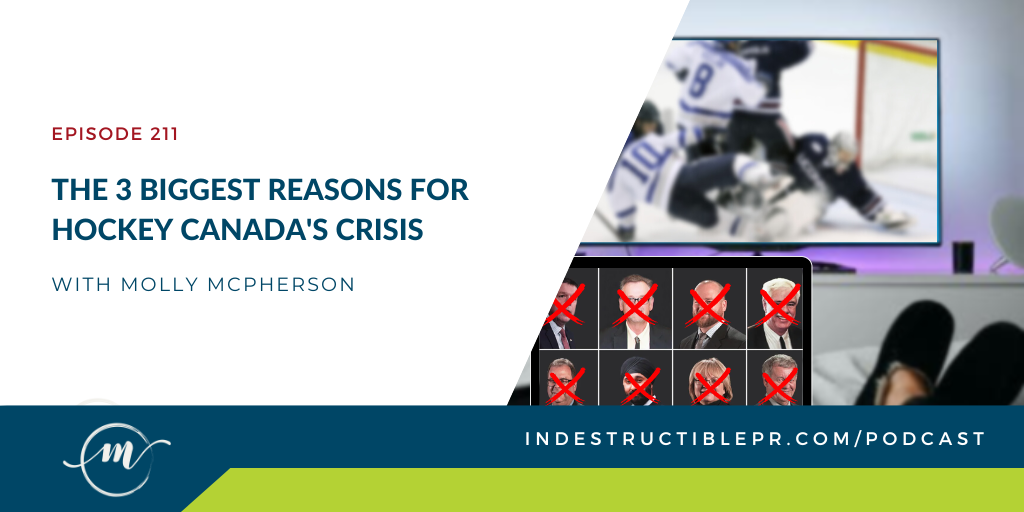 After a long series of other troubling accusations, including one by a woman sexually assaulted by eight hockey players, and cover-ups, secrecy, and poor leadership, the reputation of Hockey Canada is severely tarnished.

This week’s podcast breaks down the three reasons why the crisis has been so deadly for the brand and so devastating for the victims and the stakeholders. This episode sheds light on how long this crisis has been going on, some of the attempts to cover it up, and the lack of transparency on the part of Hockey Canada when it came to the media. Hear about how the problem of leadership not backing down fed the scandal and the additional crisis caused when the entire board stepped down at the same time. Listen in for some key takeaways to consider to prevent a future crisis at your organization.

Indestructible: Reclaim Control and Respond with Confidence in a Media Crisis – on Audible