202: Can Ezra Miller’s Public Apology Save The Flash Movie? 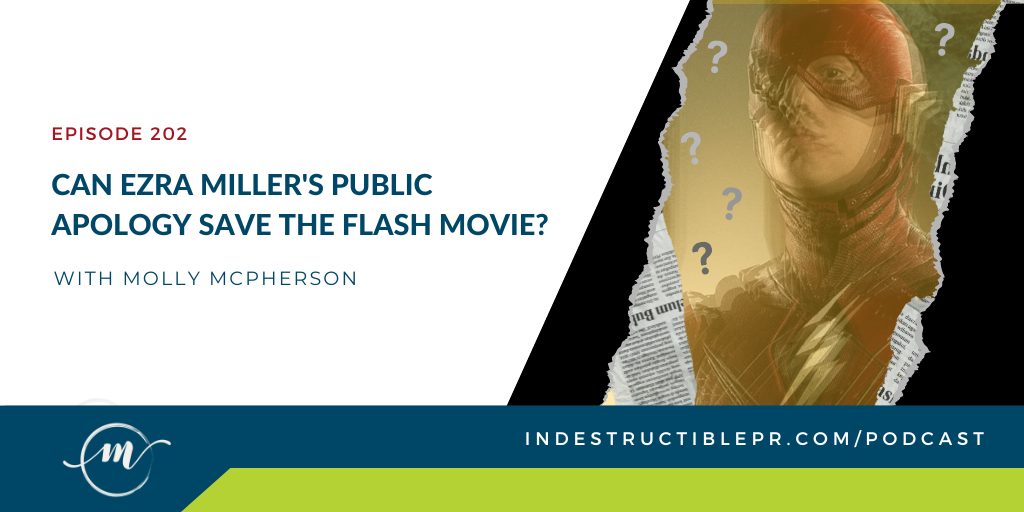 Movie actor Ezra Miller recently issued an apology for a series of legal issues and assault and abuse allegations, published as an exclusive in Variety Magazine. With the DC Comics film The Flash opening in theaters next summer, there’s a lot riding on this apology.

This week’s episode takes a look at Ezra Miller’s apology to evaluate whether the elements of the perfect public apology are present in it. It also includes speculation on how Warner Bros. may be trying to approach the situation and what choices they may be considering. Tune in to learn from Ezra Miller’s apology and gain a better understanding of how to write the perfect response when faced with a crisis.

How to Write the Perfect Public Apology – Molly McPherson/TikTok

‘Warner Bros. Weighing Fate of ‘The Flash’ as Its Ezra Miller Problem Grows’

Indestructible: Reclaim Control and Respond with Confidence in a Media Crisis (Book)

Indestructible: Reclaim Control and Respond with Confidence in a Media Crisis (Audio)