196: Words and Phrases to Avoid in an Official Apology 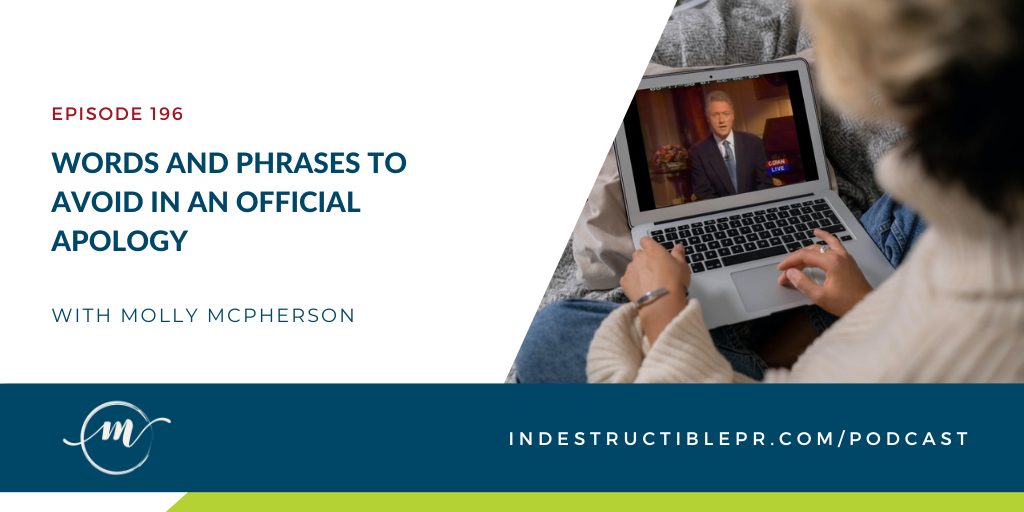 We are going back to the 90s to look at a presidential apology to help us learn a PR lesson for today.

Learn the importance of apologizing for mistakes, why the right use of words is imperative, and why you need to action an apology rather than just hinting at one. We also dissect other public apologies to see who was successful in the their aapology and who botched it.

“In the event of the incident or the moment where you need to apologize, make sure that you do! And use the word ‘apologize.’” — @MollyMcPherson [0:14:14]