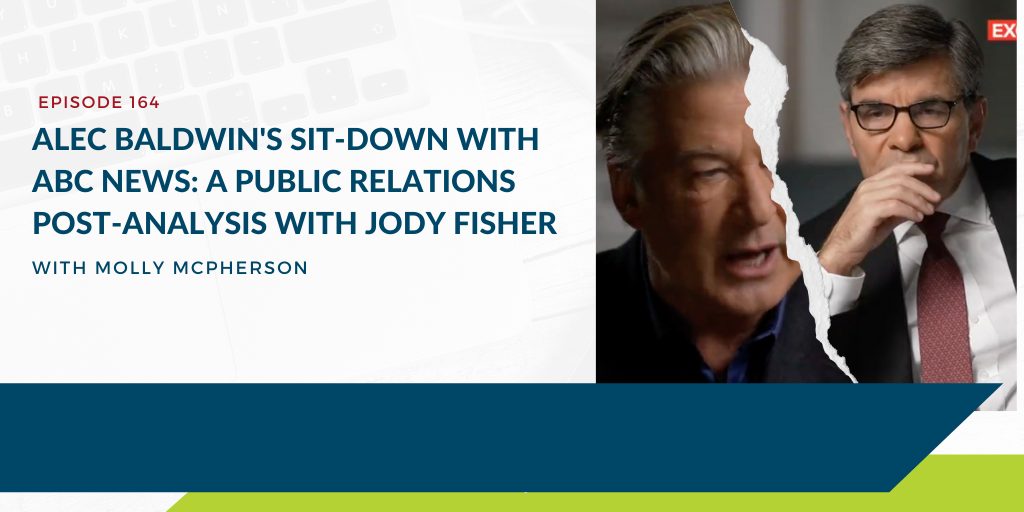 The story of Alec Baldwin in the aftermath of the tragic shooting death of Halyana Hutchins on the set of the film “Rust” is worth following if you follow public relations and crisis communication.

From the first news stories from the Albequeque filmset to the “pop-up” press conference Baldwin held on a busy road in Vermont, we have been following Baldwin’s media interactions over his involvement in the tragedy.

Jody Fisher, a veteran PR guy and former radio reporter, joins Molly on the epsiode. In addition to his over 20 years of experience as a publicist in NYC and national markets, Jody is the Vice President of Public Relations at Austin Williams.

He has worked on both sides of the newsroom assignment desk. He recognizes a good story when he hears it – like Alec Baldwin’s current situation.

Subscribe today for on-demand courses and live coaching to help you plan, manage and respond to a critical issue or crisis.