192: A Week in Press Conferences: The Good and Not So Good with Warren Weeks 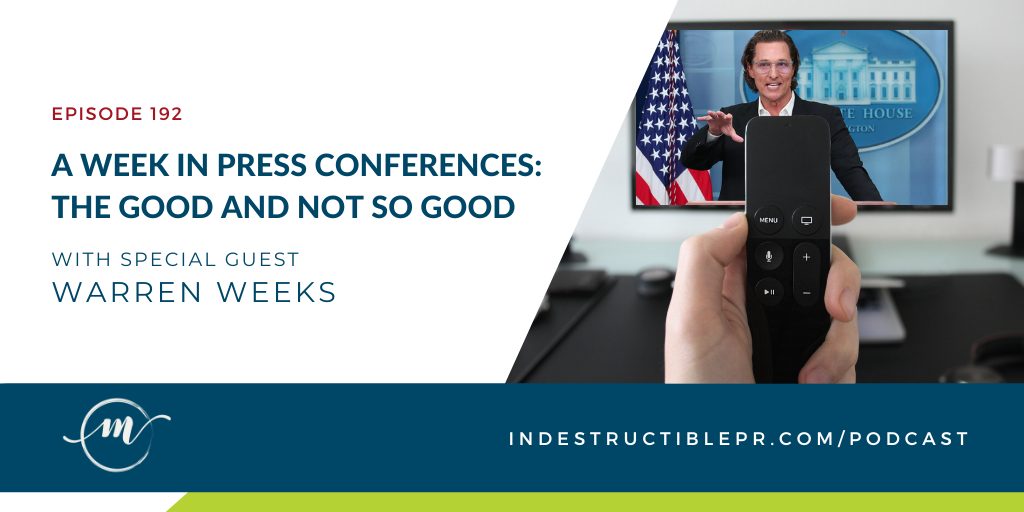 Focusing on who you are speaking to and what they want to hear before stepping into the public eye can help prevent press conference mishaps.

Media trainer Warren Weeks to discuss Matthew McConaughey’s reaction to the Texas shootings and Jack Del Rio’s inappropriate political commentary. Tuning in you’ll hear why Matthew’s comments on the shootings resonated differently to those of other celebrities, how he justifies being a gun owner while advocating against gun violence, and what feels different about this particular shooting.

We also compare Matthew’s response to that of Meghan Markle’s and consider the possibility that he may want to run for office at some point. Next, we talk about Jack Del Rio’s political commentary and why you should always stay in your lane and train your spokespeople to prevent mishaps.

“It’s about mindset and leaders making the decision. You can’t get good at this stuff on the day that it hits the fan, you have to build those muscles ahead of time.” —@warren_weeks [0:21:01]

“Make it about the audience instead of about yourself or your organization and all of the other content pieces, I find, tend to fall more easily into place.” —@warren_weeks [0:28:26]