191: How Bill Simmons Recovered from the Jalen Green Ding on the Ringer Podcast 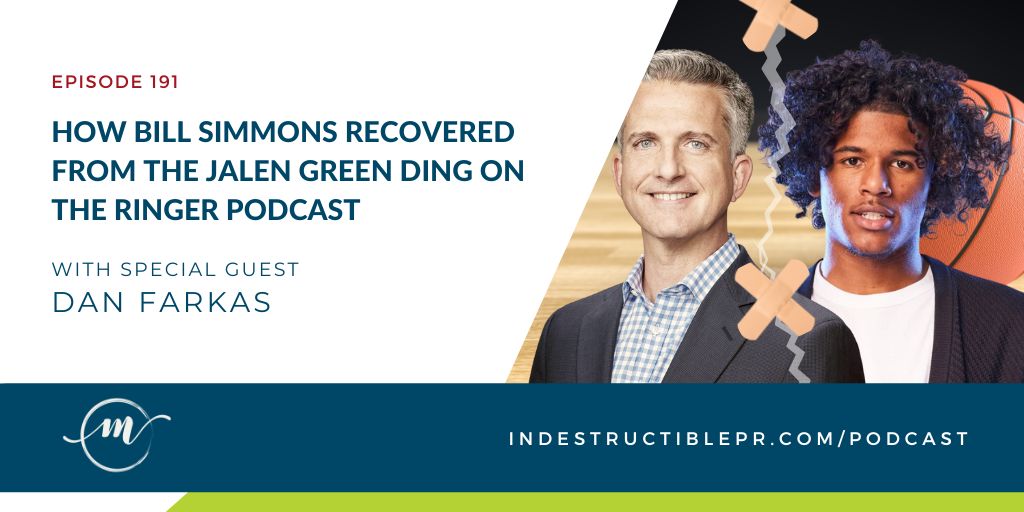 In any crisis, the first 48 hours are make-or-break. Things can quickly spiral out of control if you don’t have a sol

There is more to you than your worst moment.

This week we are joined by educator, speaker, and consultant Dan Farkas to discuss Bill Simmons’ Jalen Green blunder on his podcast, the Ringer Podcast. Tuning in, you will hear exactly what happened during the incident and what Dan thought of it. We also discuss how Bill and Jalen handled it and Dan’s opinion of Bill’s response. Next, we discuss the successful crisis management framework Bill followed and how that led to them both coming out on top.

“Bill Simmons really – impacted the player more than I think he thought it did.” —@danfarkas[0:13:08]

“If you go through that Framework you can come out – looking like good guys!” — @MollyMcPherson[0:14:44]