187: How To Explain A Public Blip In Your Career That Affects Your Reputation 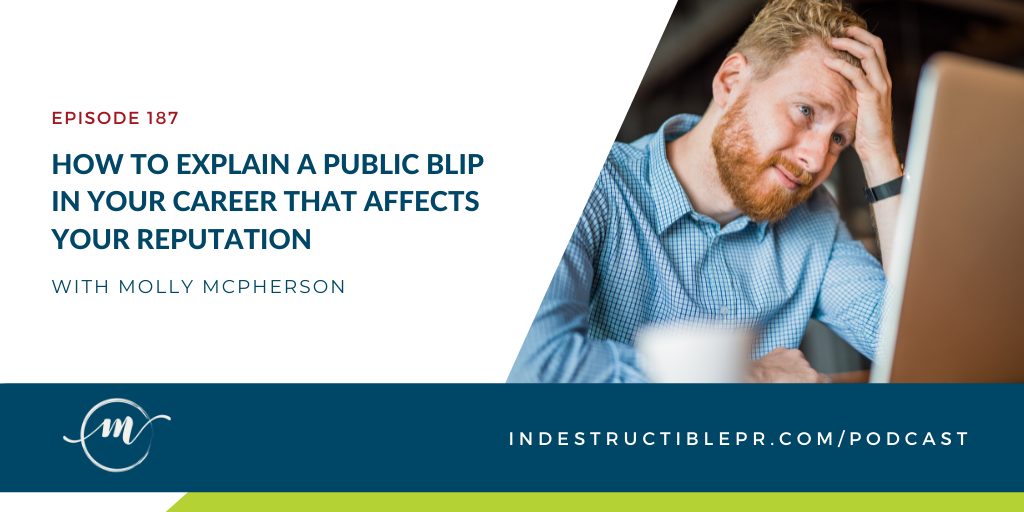 So you’ve had a misstep at some point in your career.

It made news, maybe it made the press or it just created news in your ecosystem? If you have ever made a poor choice on a job, off the job, were fired publicly, were involved in a sticky situation, or had a professional relationship that adversely affected your reputation or the reputation of your employer, this episode is for you!

In this episode we cover how to explain a public blip that impacts your professional reputation. Tuning in you’ll hear expert advice on how to deal with a blip by presenting the positive motivation that led to it, putting it in context, and preparing good references, while also not avoiding it or refusing to talk about it. You’ll also hear one final tip about a social media pitfall to avoid. One mistake doesn’t have to destroy your entire career, so tune in today to find out how to overcome it!

“What often happens when people come out of a crisis is they root for you. They want to see what you can do.” — @MollyMcPherson [0:13:15]

“If you’ve already let people know how you got here, what the blip was, and how you’ve changed, you’re halfway there.” — @MollyMcPherson [0:18:30]