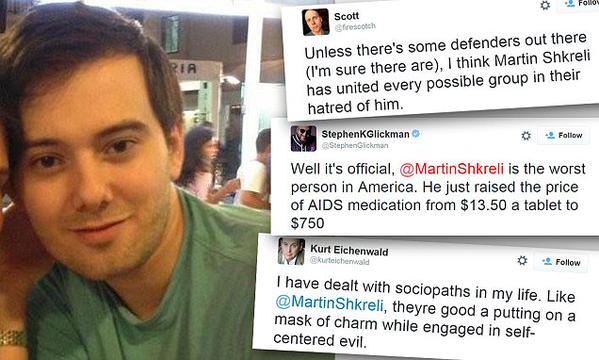 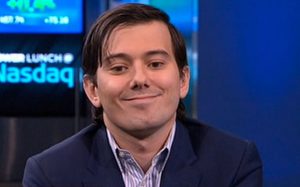 Who: Martin Shkreli, the 32-year-old CEO of Turing Pharmaceutical.

Claim to Fame: Primarily known for jacking up the price of a life-saving drug typically used to treat toxoplasmosis, the parasitic infection that can sometimes be fatal for patients with HIV or cancer. A pill that was once $13.50 a pop is now $750 thanks to Shkreli’s greedy power grab. 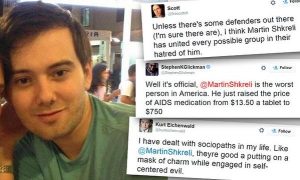 How did he get here? Shkreli managed to stay in the business section of the news until he appeared in a television interview and shrugged and smirked his way into the mainstream media and raise the ire of the general public. Not an easy feat when he was up against Pope Francis’ U.S. media blitz.

Not surprising, the Millennial Gordon Gekko persona didn’t play well with the masses, and he became the symbol of smarmy, corporate greed and bad hair. Since the interview, he’s been in a very public Twitter spat with anyone who dares cross the drug lord.

Have we seen him before? Of course, we have. Shkreli, who according to Wikipedia is a League of Legends gamer, took real-time warfare to a new level when he waged war against the family of a former colleague who had a falling out with Shkreli over a bad deal.

Naturally, money was involved, and Shkreli took to social media to try and recover funds through cyberbullying. In court documents, he was accused of stalking and harassing the former coworker’s family via email, LinkedIn, Facebook, and text messages. A police reports also alleged Shkreli broke into the former colleague’s Gmail account, and gained access to reset social media accounts and published unflattering posts from his account.

The matter settled out of court.

Damage Control: After Shkreli’s smug interview went viral, he caved and lowered the price of the drug after two days of playing the pharma-villain.

Spiral Outcome: Shkreli will live another day to gouge more people in need of his drugs. However, his reputation is now toxic.