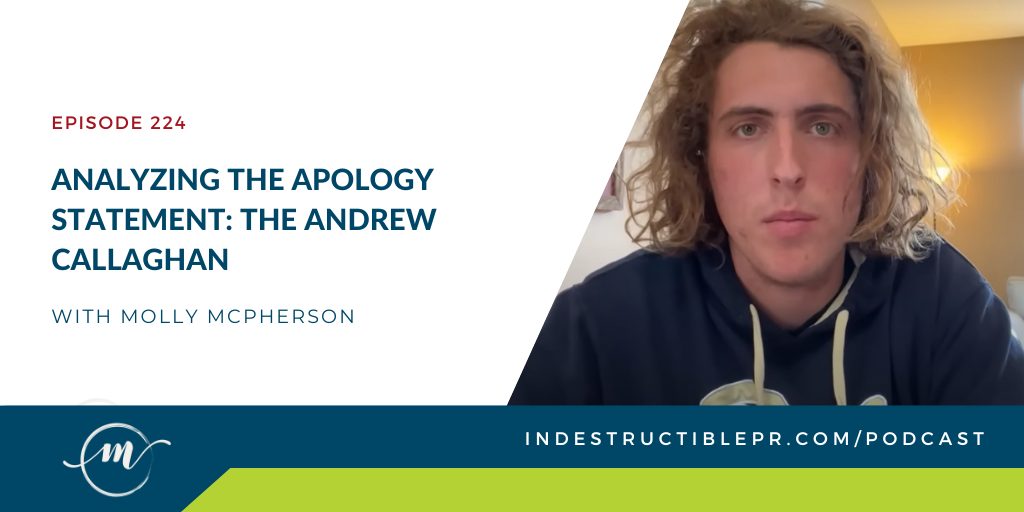 A powerful public relations strategy can help you recover from a crisis and build an indestructible reputation. Restoring your reputation after a serious allegation is a circumstance that everyone should be prepared for.

This week’s episode uses the recent sexual misconduct allegations surrounding Andrew Callaghan as a real-world example of dealing with a crisis and analyzes his response from a PR lens. Hear about the allegations made against Andrew from TikToker Caroline Elise, his response to the allegations, and the outcome. This episode unpacks how he said it, why he said it, and how it was accepted by the public. Hear about writing apologies to the public and not your critics, the framework to navigate a public relations crisis, what not to do in a video response, and what an appropriate apology is.

Tune in to find out if Andrew’s response was suitable and if he will recover his career and reputation.

Key Points From The Episode:

All Gas No Brakes with Andrew Callaghan